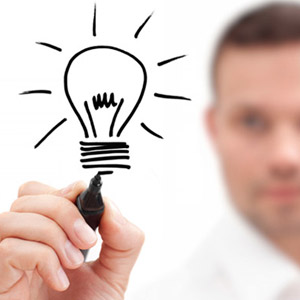 Failure. It is considered as a terror-stricken word that can make people shudder at the thought of it. People often assume that once you hit failure, there is no coming back out of it, like you are sucked into a bottomless pit. On the contrary, failure is actually a word that is capable of representing bravery when you succeed in overcoming the hardship it brings. It might be hard to bounce back from it, but in the end, the process is all worth it.

1. Failing is Learning
Nobody wants to fail. It is something that everyone wants to steer clear of like it is some kind of vicious disease. To be frank, failing in something is actually a good learning process. Of course, we would want the best, but life is fickle. We cannot predict what would happen in the future. A lot of things can occur, even with the difference of 1 minute. If you really love that one thing but you fail on your first try, do not ever give up. If you really have the passion for it, take up a challenge to try it again. Use your failure as a reference to know the don’ts or what to avoid. They can teach you a lot.

2. A Very Biased Label
Frankly speaking, failure is ‘classified’ as a negative label because the public themselves are labeling it that way. What makes things worse is that some people tend to look down at the people who have or are experiencing failure which leads them to feel ashamed of themselves, thus lowering their level of confidence and self-esteem. This will then affect their willpower to start over as they are afraid that they might fail again if they were to start anything. They do not deserve to feel that way. No one does. Failing once or multiple times does not mean that the chances of seeing success are bleak. It is actually the opposite whereby we become wiser after the experience.

3. A Source of Strength
Having to experience failure may be the best ‘guru’ to teach us perseverance. Without perseverance, it is hard for anyone to keep on pursuing their dreams. It is no doubt that the road to our goals will be bumpy. If it is too easy for us to reach there, then what will we ever learn? Thus, perseverance plays a crucial role in aiding us to weather the storm. Quite a number of people go through numerous predicaments before finally seeing success. J.K Rowling (author of the Harry Potter series), Bill Gates (founder of Microsoft) and Colonel Sanders (founder of Kentucky Fried Chicken, KFC) to name a few. These are well-known icons who have experienced failure before they finally flourish. They made sure that their falls did not stop them from rising again until they see the fruits of their hard work. Their tenacity should be an example and encouragement for all of us.
4. Opening the Right Doors
Failing at something can open the right door for us in due time. The path that we are taking now may not be the one for us. Which is why we must not be afraid of taking the risk to try new things. Experiment your curiosity. Do not be afraid of failing at it, because only then we can find out what we do best and where our true calling might be. Not only will we learn new skills while experimenting, we will also get to know ourselves better by learning where our strengths and weaknesses lie. Make use of both aspects to unlock your genuine potential. Hence, failing is not something that we should be embarrassed by. It is an experience that we should embrace and learn from in order to advance further in the future.